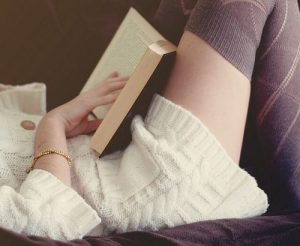 We all need some time for ourselves. Whether we are introverted or extroverted, shy or sociable, we all need some Me Time to wind down. With social media being a large presence in many of us, we are oftentimes led to believe that we need to be ‘part’ of that crowd. Or not miss out on such social event. Actually, even before social media became so big, we were led to believe this was the right way by our peers.

That’s an inner conflict that I have with myself. I remember that back when I was just starting high school, I was really eager to go to parties. I was not popular (at all), but I had my group of ‘friends’, and my best friend. I would huddle with them in parties, but I never did what people normally do at parties – dance, drink, and talk to random people. Sometimes I enjoyed myself; other times, I just felt like I had wasted my night.

As I grew older and had to start prioritizing school work and other activities more, I went to fewer parties and reunions. For a while, I felt guilty for not turning up. I would see posts and photos posted by friends and acquaintances about the party, and it made me wonder if I had missed out. At the same time, however, I would recall that I never really enjoyed these kinds of reunions that much. I eventually came to the conclusion that something was wrong with me.

This all happened during high school (so, not that long ago). But it happened before I knew what introversion was, before I knew what kind of person I was. Being shy, introverted, and sensitive, I have almost never been sure about myself. There’s always something that I’m insecure about, whether it’s about something as superficial as my acne or wearing glasses, or the fact that I stutter when I talk to people, there’s always something for me to scrutinize about myself. Social acceptance was, and is, a large part of my life. My natural introversion goes against my urges to be socially accepted, to be around people. But I’ve come to realize that that really doesn’t matter.

I am someone who loves spending time by herself. In this gap year, I rarely plan my day around other people’s schedules unless it’s for a class, it’s someone special (close friend/family), or anything of the sort. But besides that, most of the time I spend learning and creating on my own. I am okay with that now because I know that’s who I am. I may feel lonely at times, which is why I treasure so much the few close people that I have in my life. I have found a healthy balance between being alone, and having those few people that I can always count on. I won’t always have these people around me, as things will eventually change – but that’s alright; I’ll meet more people and experience more things along the way.

With that being said, some of you may be able to identify with what I feel, or you may not. I know I have focused a lot on how Me Time benefits me, an introverted and shy individual. But time alone benefits you as well, regardless of what kind of person you are.

You will get to know yourself more. I believe this is one of the hardest things to do. We spend a lot of time knowing, understanding and criticizing others, but rarely do we turn around and do that with ourselves. Getting to spend time with my mind only has enabled me to see what direction I will ‘evolve’ towards. Being at a point in my life where my future is still so uncertain is incredibly scary, and turning to my mind has enabled me to trust my own mind, wherever it takes me. By understanding yourself, you are also preparing yourself for the future, for the uncertainties that life will throw in your way.

You find your true passions. Before this bridge year, most of my time was spent studying, doing extracurricular activities, and on the internet. Most of this involved some kind of social interaction at the least, and I was so swamped by how busy I was that I rarely gave time to me. I can say this because I vividly remember that last year, when I was writing my college essays, one of them asked me to tell them about something I enjoyed doing. And I had nothing to say. I had to reach out to my inner child, and use something that I enjoyed doing as a child, for my essay. I had virtually given up on all my passions for the sake of school and college. Needless to say, I had plenty of hobbies to talk about for my essays this year.

You become more independent. You learn that you don’t need anyone to make you happy, but yourself. You realize that you can’t rely on others to make you happy, and that you have to find your way through, as hard as it takes. For me, I became independent not by moving out of my house or becoming financially independent (not that I could have), but by taking control of my life. I worked out what I wanted to achieve this year, the things I wanted to learn, to improve, to discover. And so far, I feel pretty good about it.

All in all, giving time to yourself allows you to not fear being alone. You will become more immune to the things society leads you to believe are part of the norm, and learn who it is that you want to be. Maybe you do want to be part of the social crowd, and still hate being alone. But maybe you’ll learn something valuable when you’re not around them. Who knows. The key, I believe, is finding that healthy balance what will ultimately make you happy.