This picture above is probably my favorite scenic shot from Yosemite. I was trying to capture the misty essence of the weather that day, and I feel that this picture not only captured that, but also the booming greenery and the fiercely strong wind that got me back in the car seconds after taking the picture.

I had the wonderful opportunity visit Yosemite with my dad a few weeks ago. Spring was just coming to an end, and the weather seemed ideal for an outdoors trip. Having never been to Yosemite before, I had a very vague idea of what to expect. I knew there would be nature and hiking, and that’s pretty much all. We stayed at Mariposa, a town just on the outskirts of the heart of Yosemite, and drove to Yosemite early in the mornings.

We visited Yosemite for two full days, and got to see the polar opposites of the weather in this short time. The first day had a beautiful weather – it was bright and sunny all day. As we drove into Yosemite, we had to make several stops because the scenery was just too mesmerizing to not stop and gaze at it. 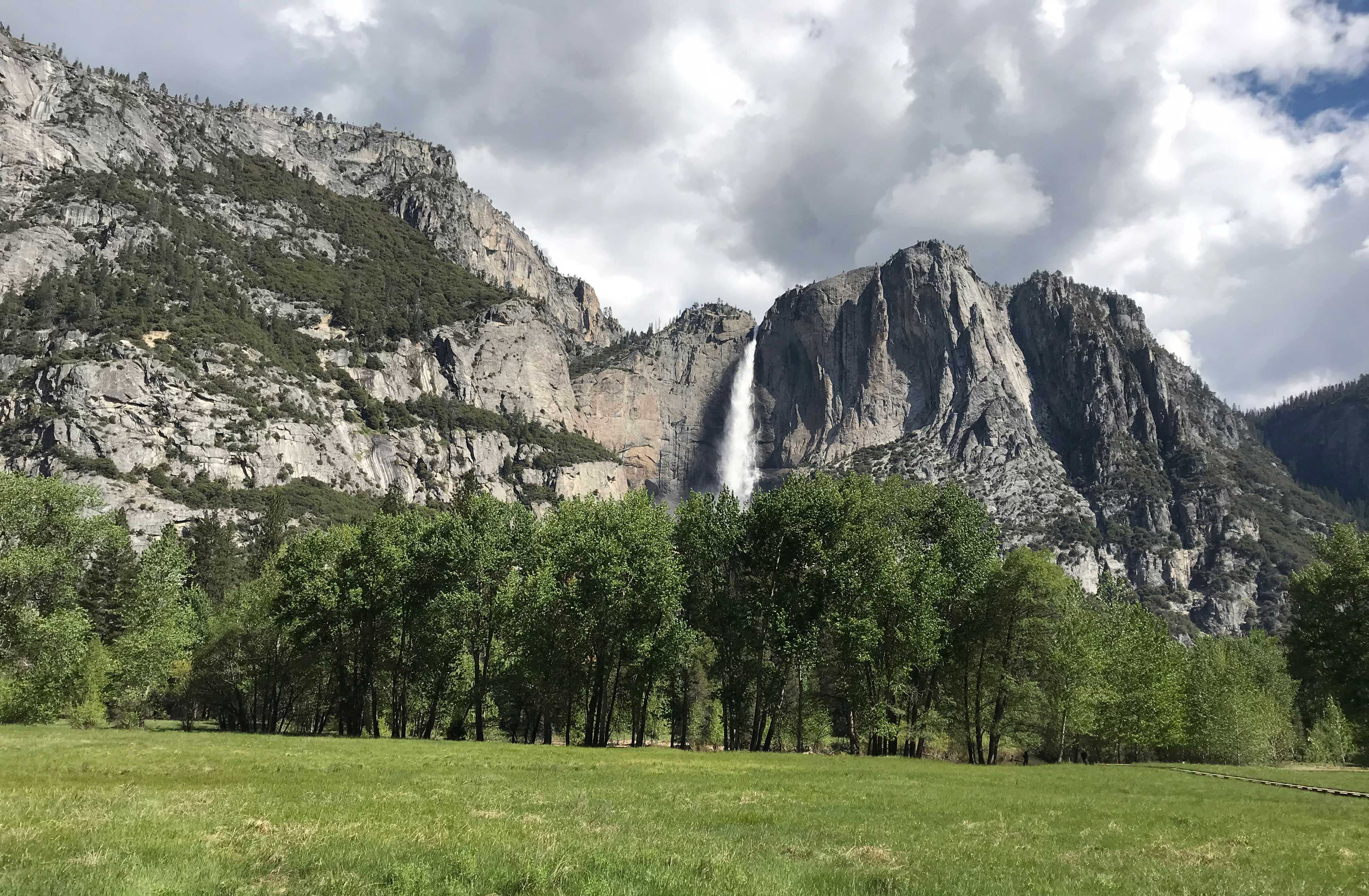 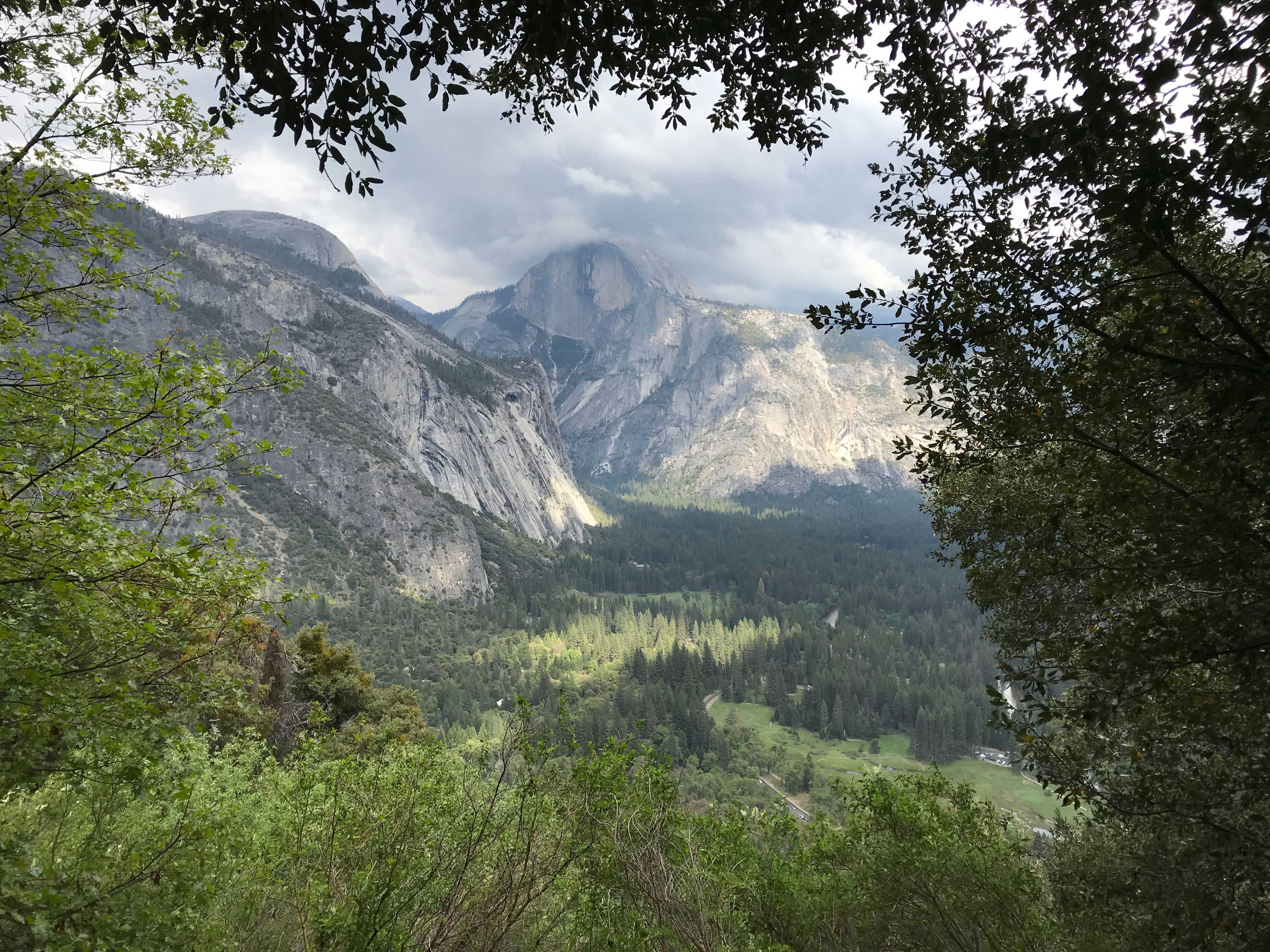 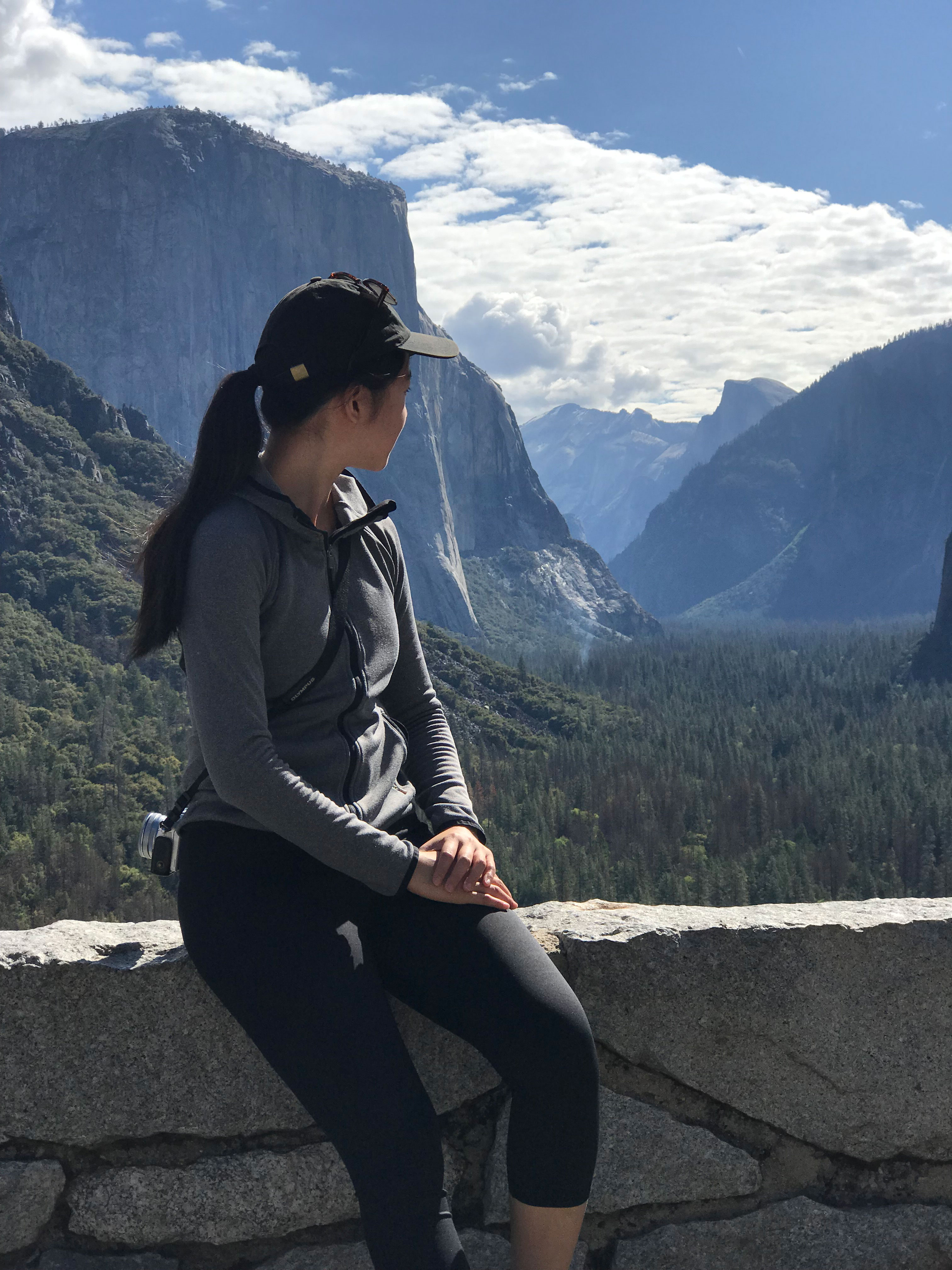 The weather was also hot (but not unbearably so), especially when we were hiking to the top of the Yosemite Falls and the sun was directly above us – but the view, the view was absolutely breathtaking the higher we went up. 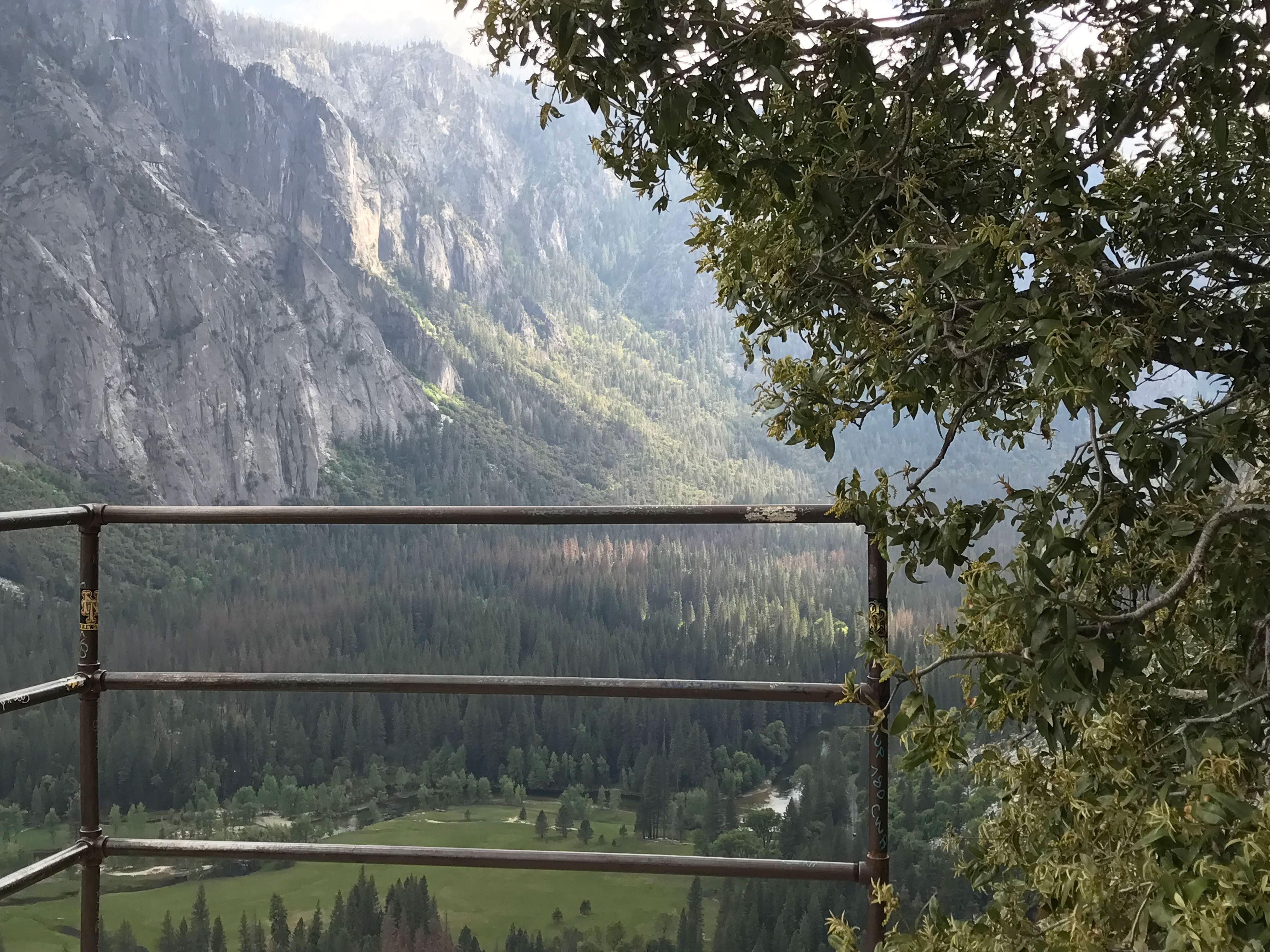 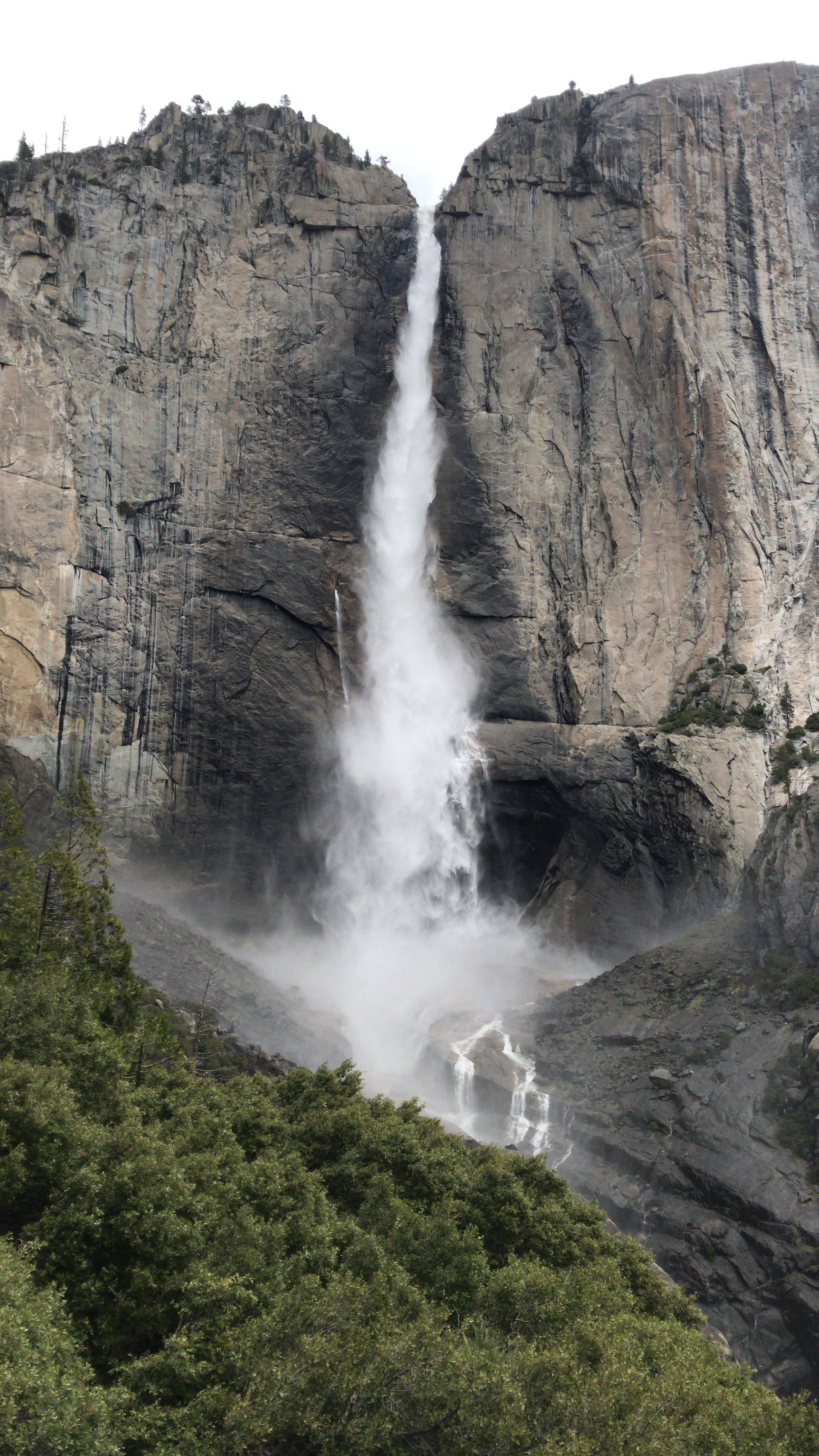 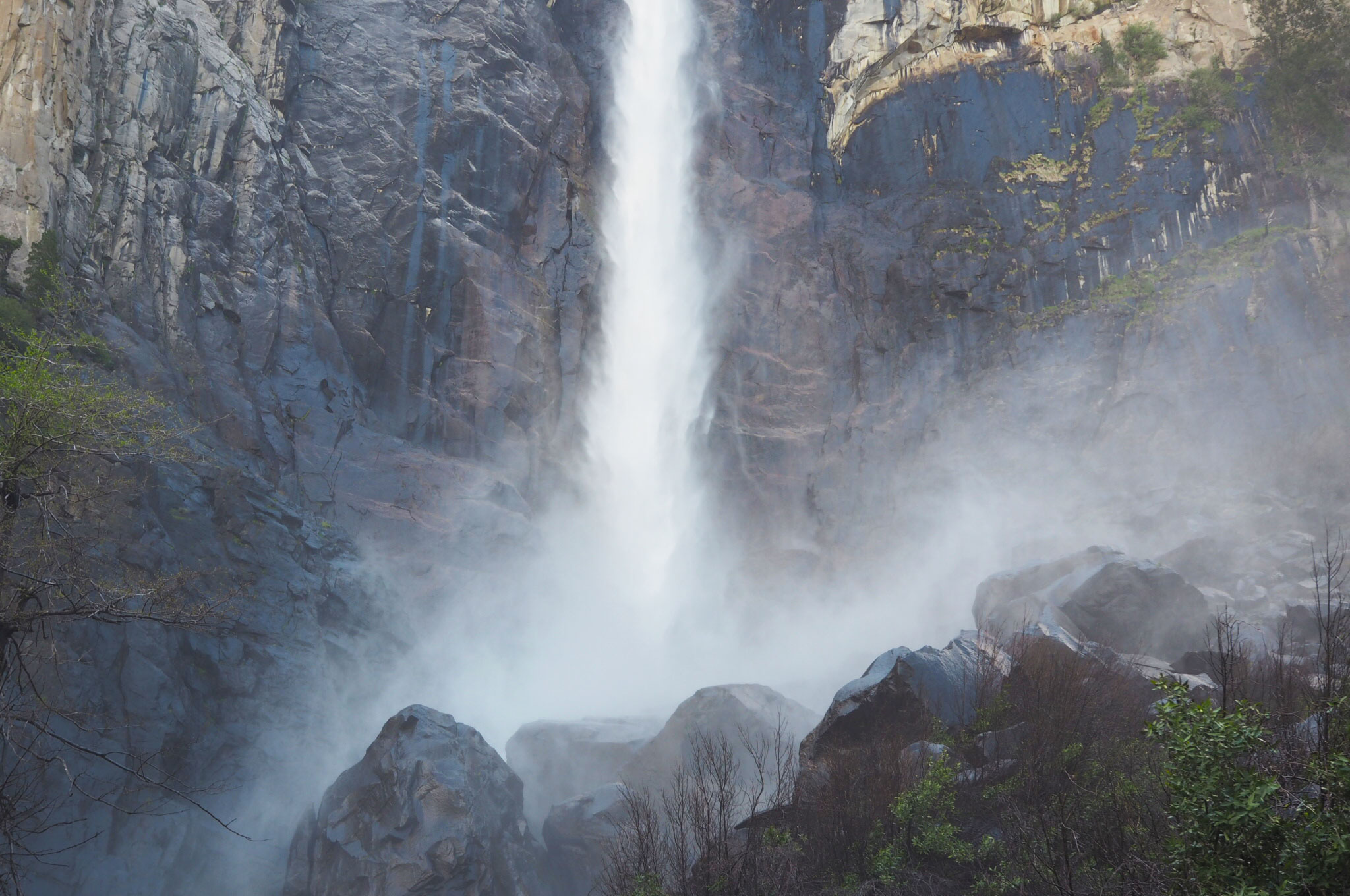 The Upper Yosemite Falls Trail is hands down the most difficult hike I have ever done. It took us six hours to complete the hike – taking into account the multiple pit stops that we had to make along the way and the nearly one hour lunch break that we had at the top of the trail. The hike going up was hard because it was mostly walking up an eternally long and rocky hill; the trail going down was just as hard as it was both rocky and slippery, and I did not have hiking shoes so I had to be extra careful. Thank god my dad was there for me to lean on whenever the path got too slippery.

We were so proud and happy when we got to the top. But when we got back down, it was almost like we couldn’t remember how to walk like normal people anymore. We spent the rest of the day replenishing our bodies with good food, resting, and doing some light walking. 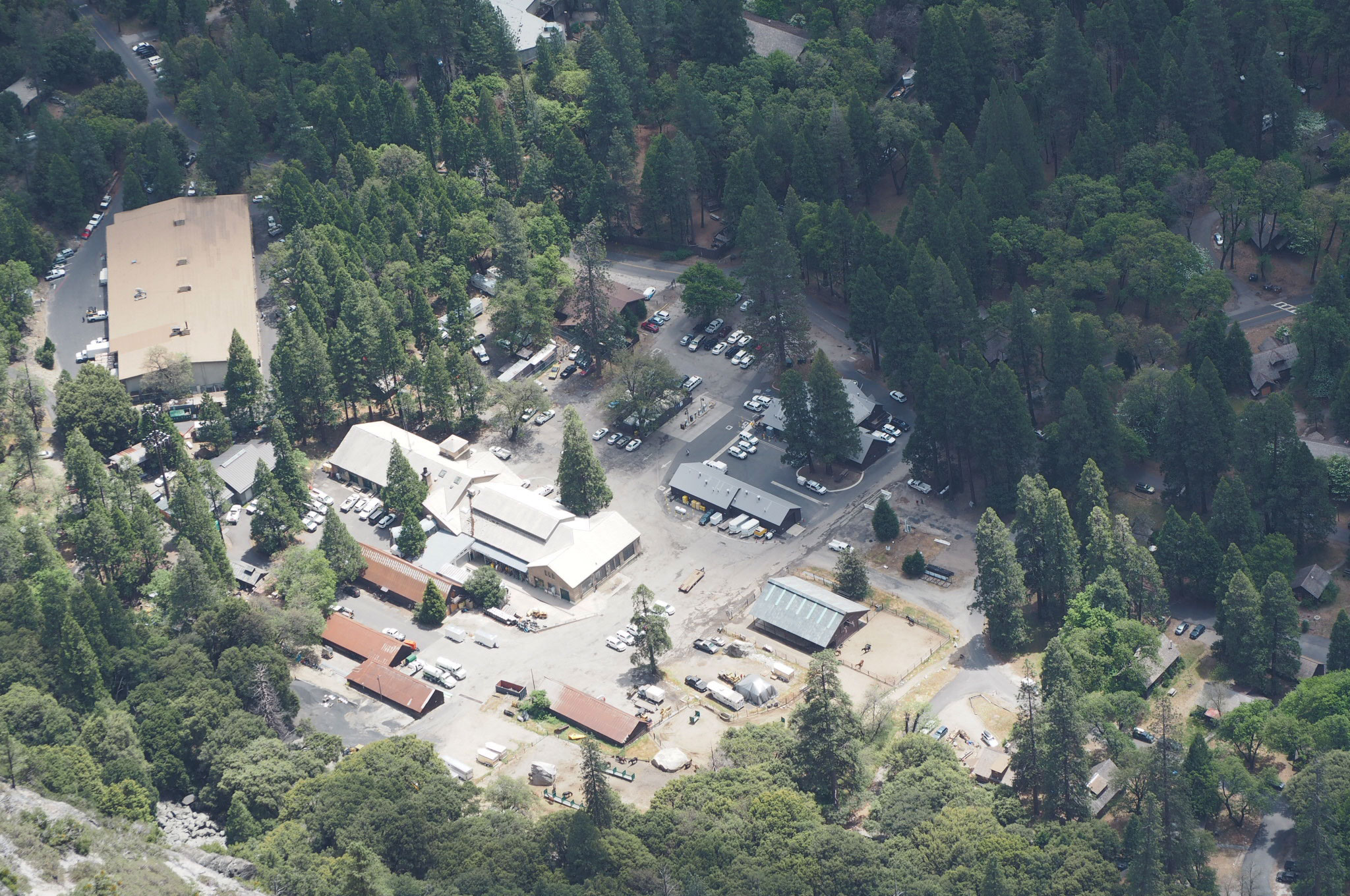 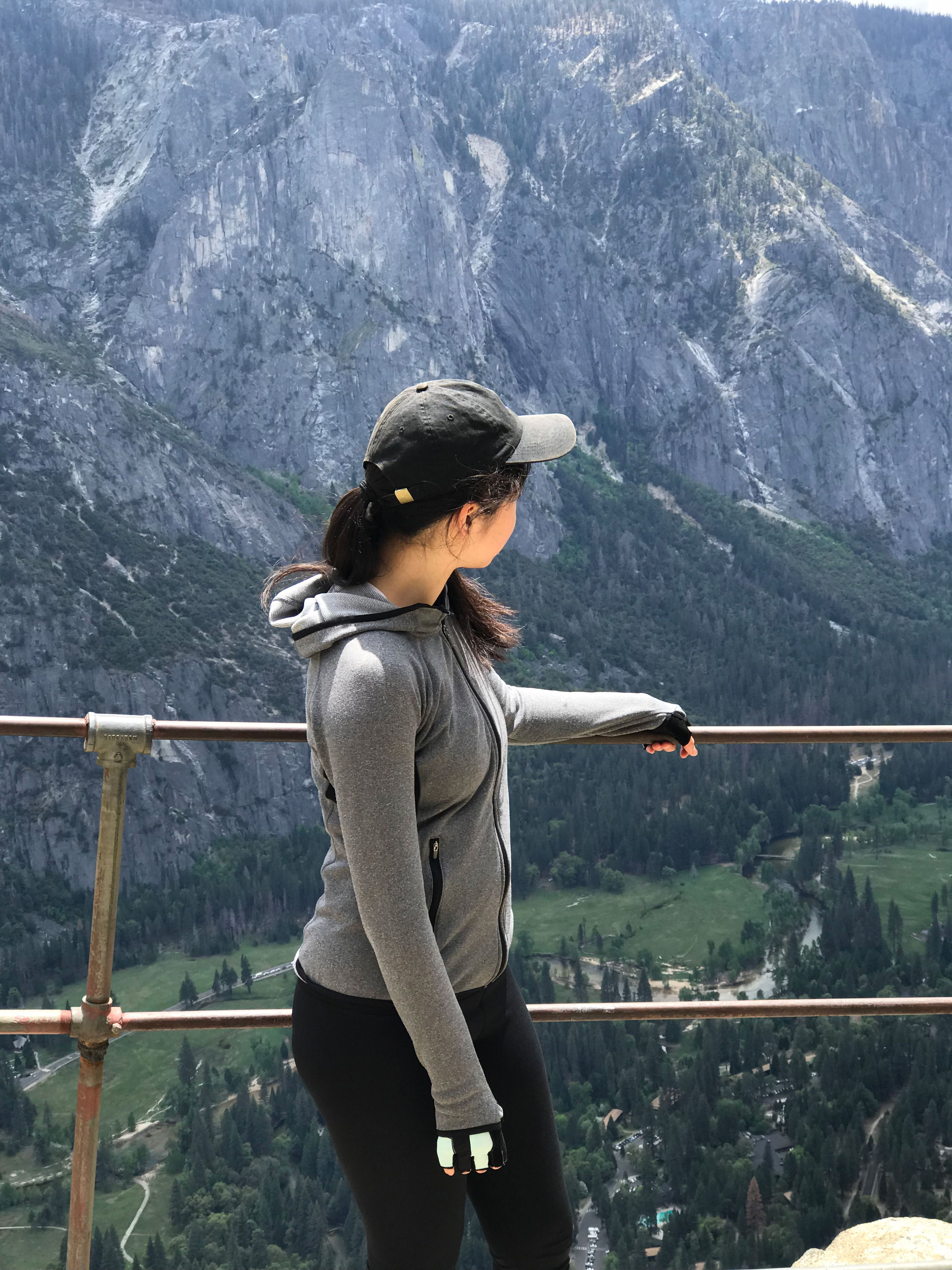 The next day was so unexpectedly gloomy and cloudy. My dad and I were pretty beat from the 6-hour hike the day before, so we did not do any massive hiking, and instead went to some places that only required some walking. This also meant that we had to drive around Yosemite a lot, and man, it was hard to see the road with the clouds and mist blocking our view. 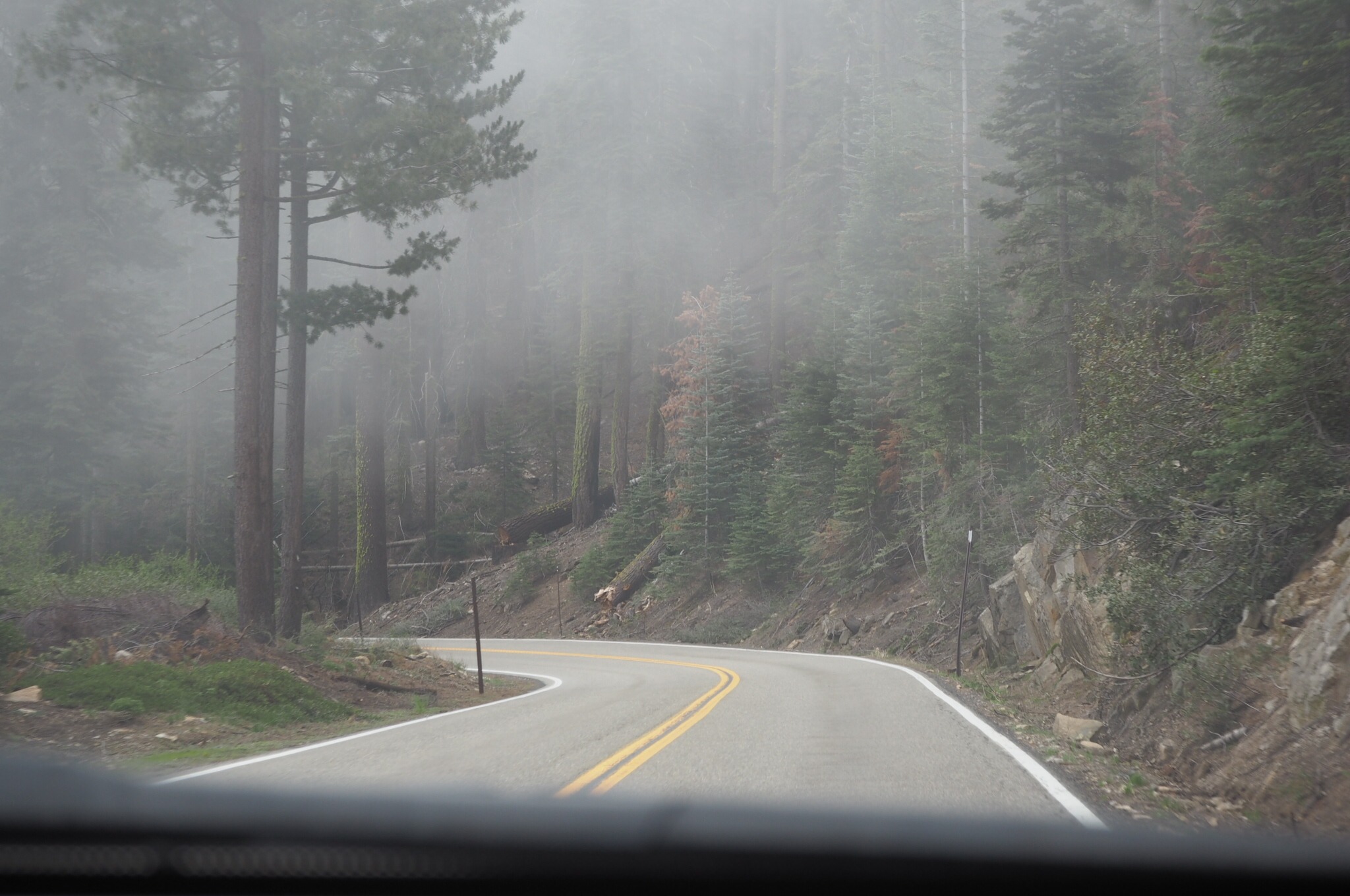 We could barely see the beautiful scenery hiding behind the clouds too, *sigh*. 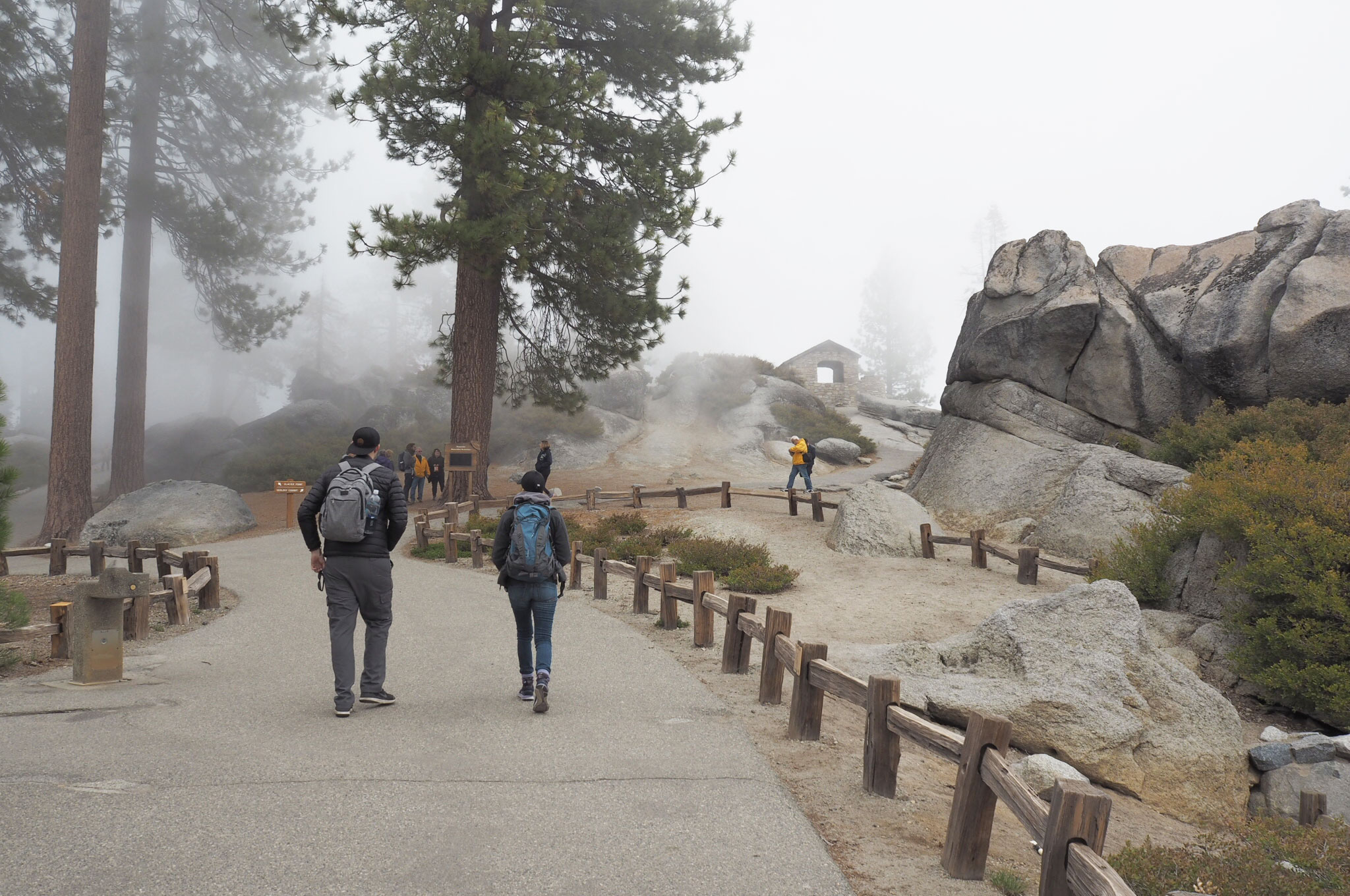 But there were moments in which the mist would subside and we would get glimpses of the untainted nature behind it. It wasn’t summer weather yet, so part of nature was still transitioning into the incoming season, which made the view even more colorful and mesmerizing. 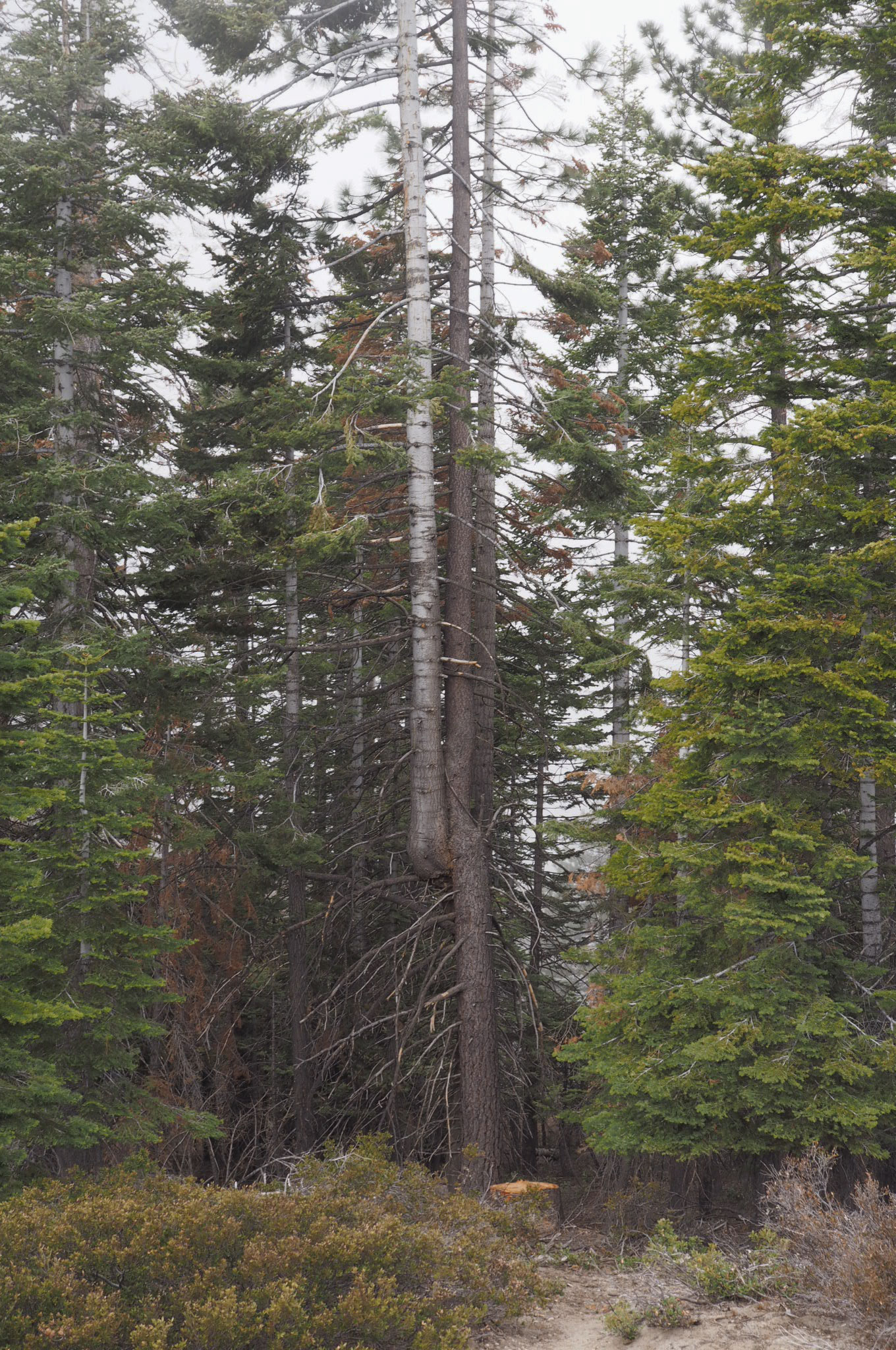 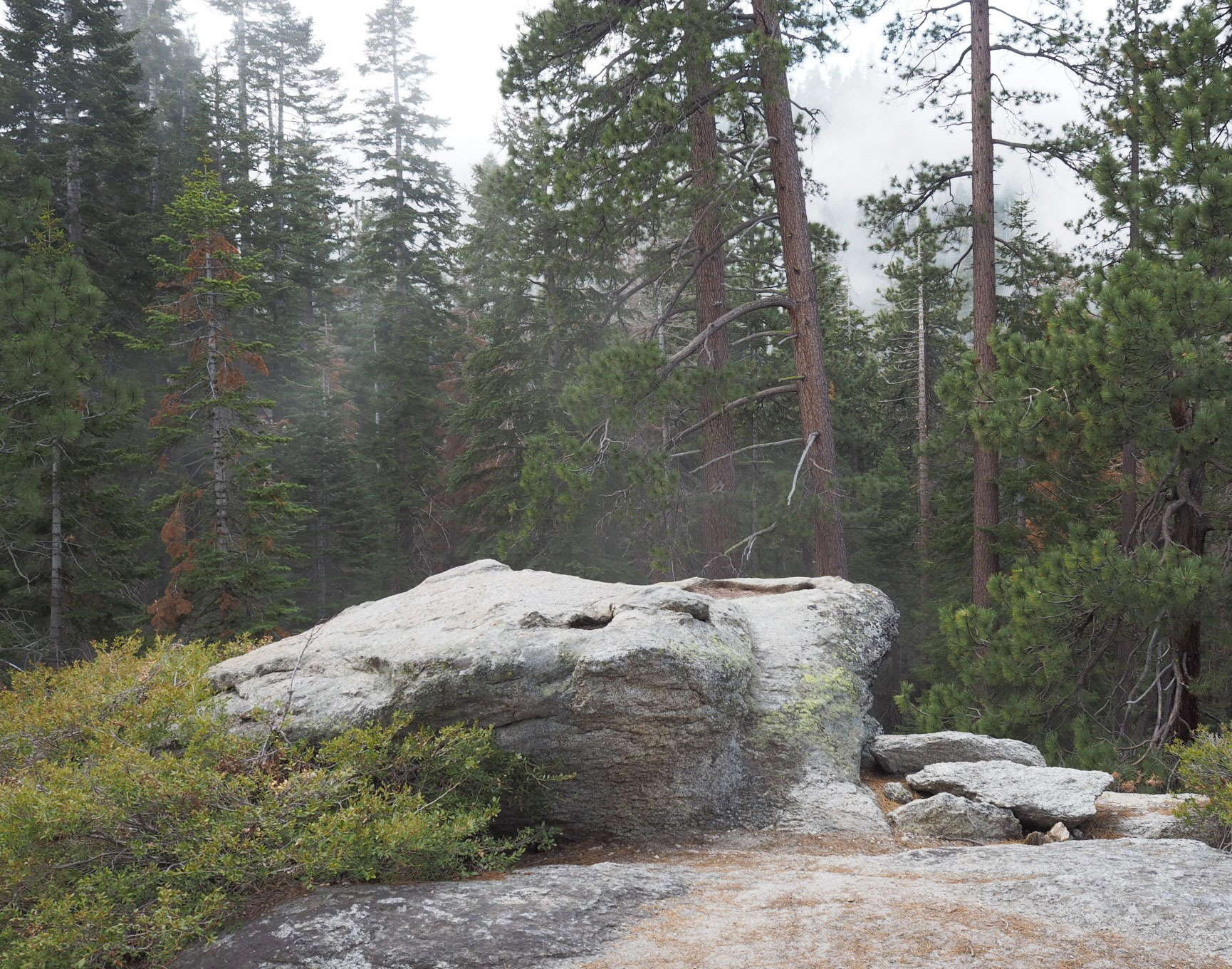 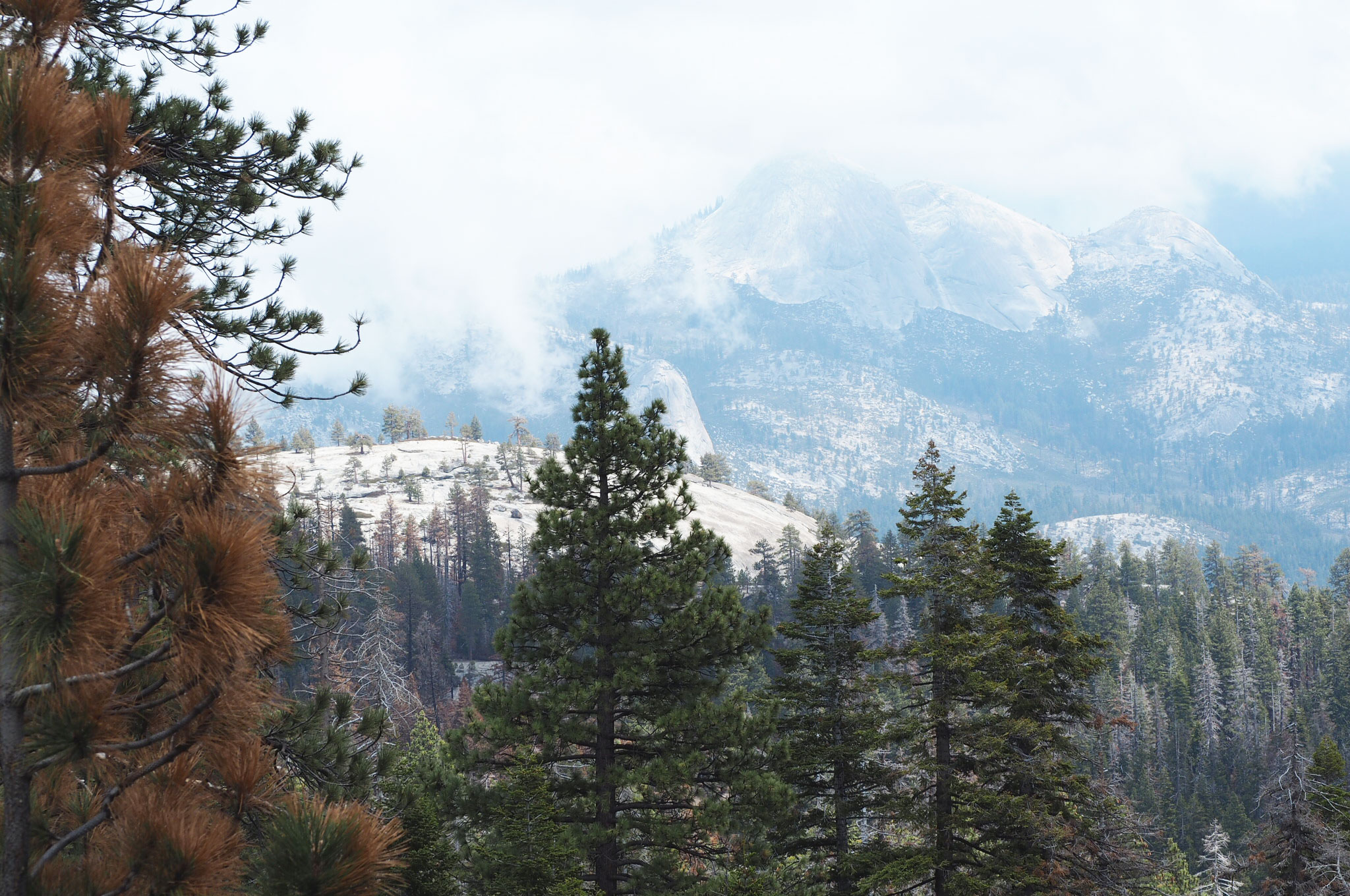 At times when we were walking, we would stumble upon the creatures of this beautiful temple. I wasn’t sure how to approach them (and I didn’t), so I just zoomed in on my camera and captured them in their natural habitat. 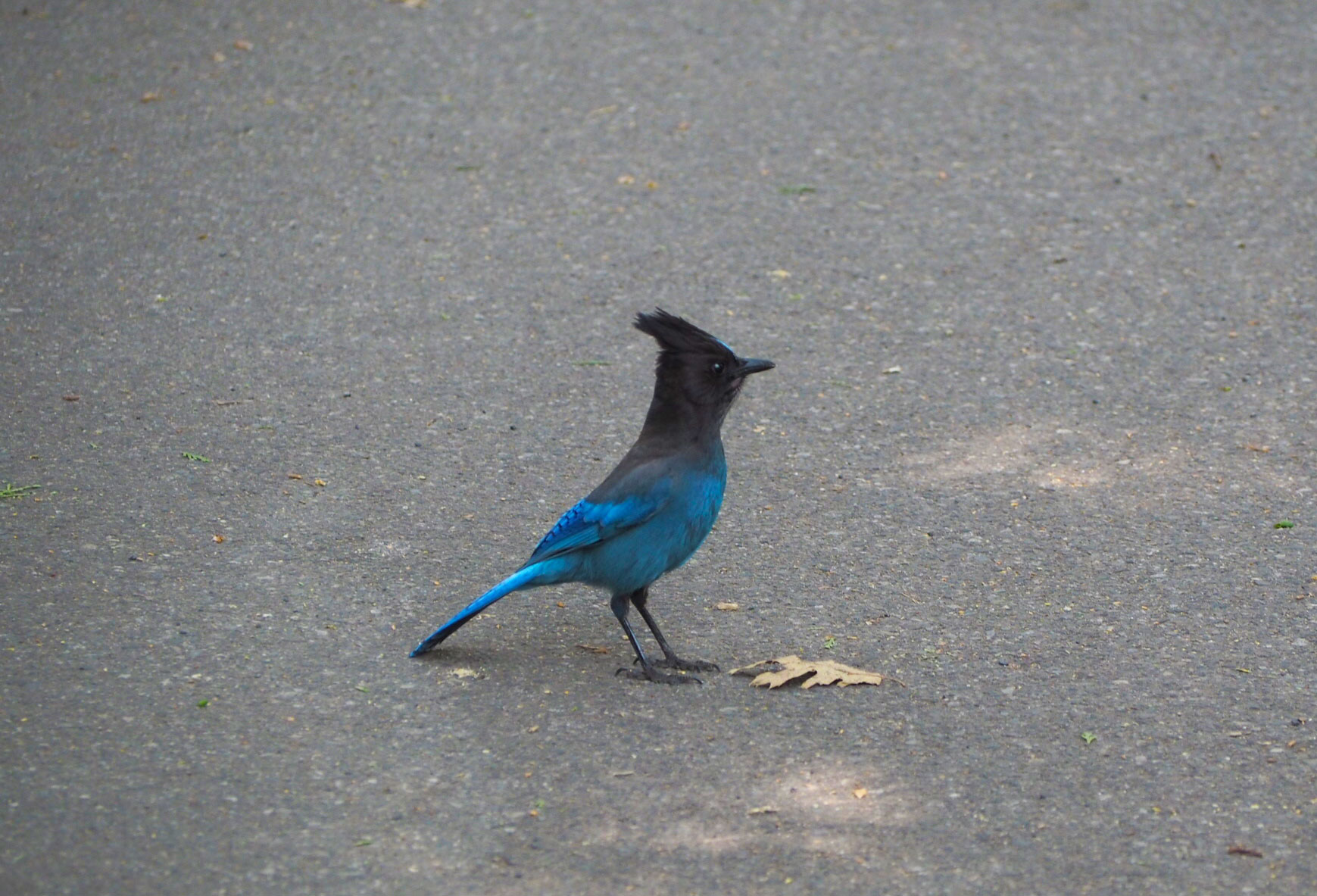 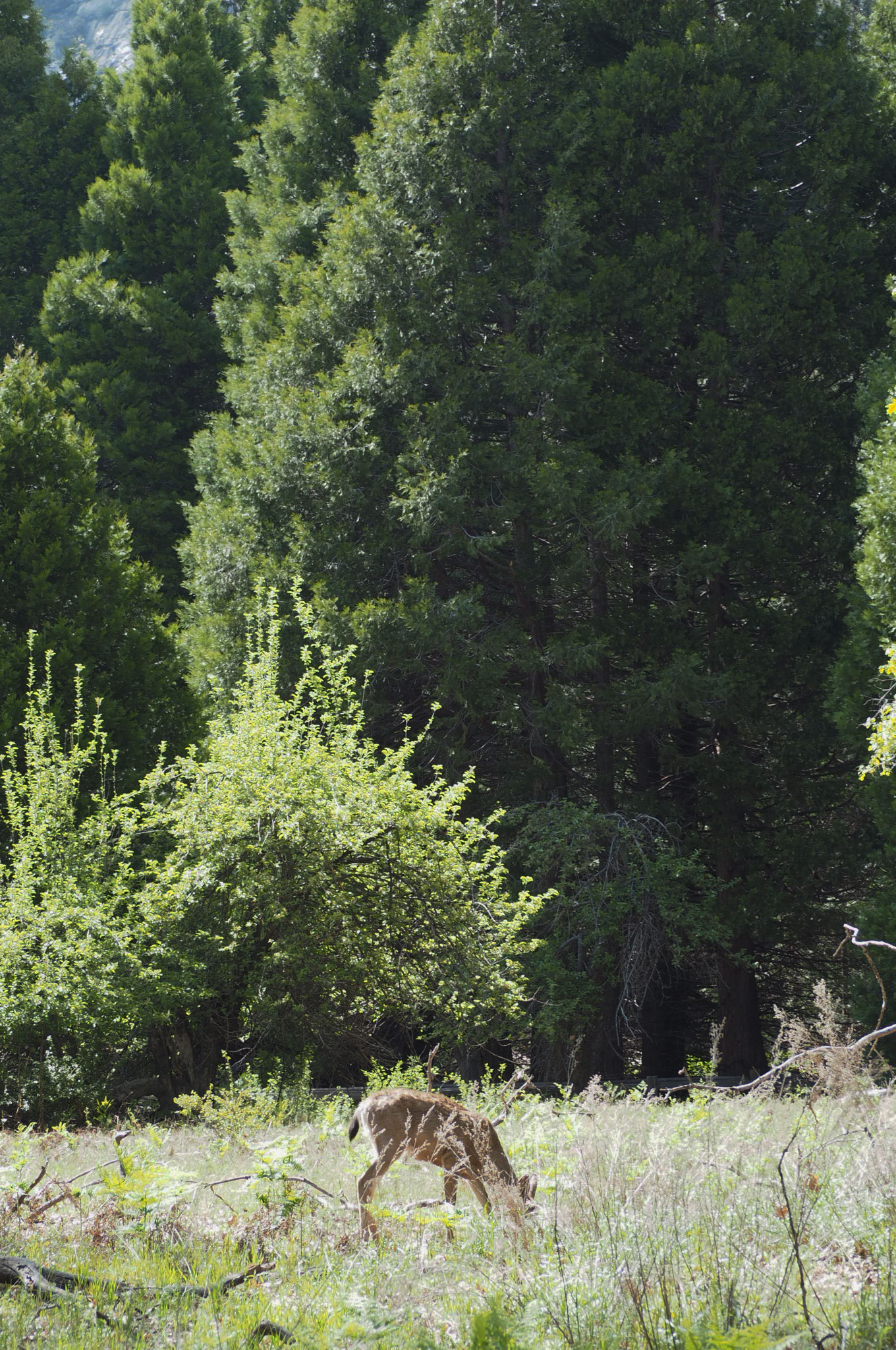 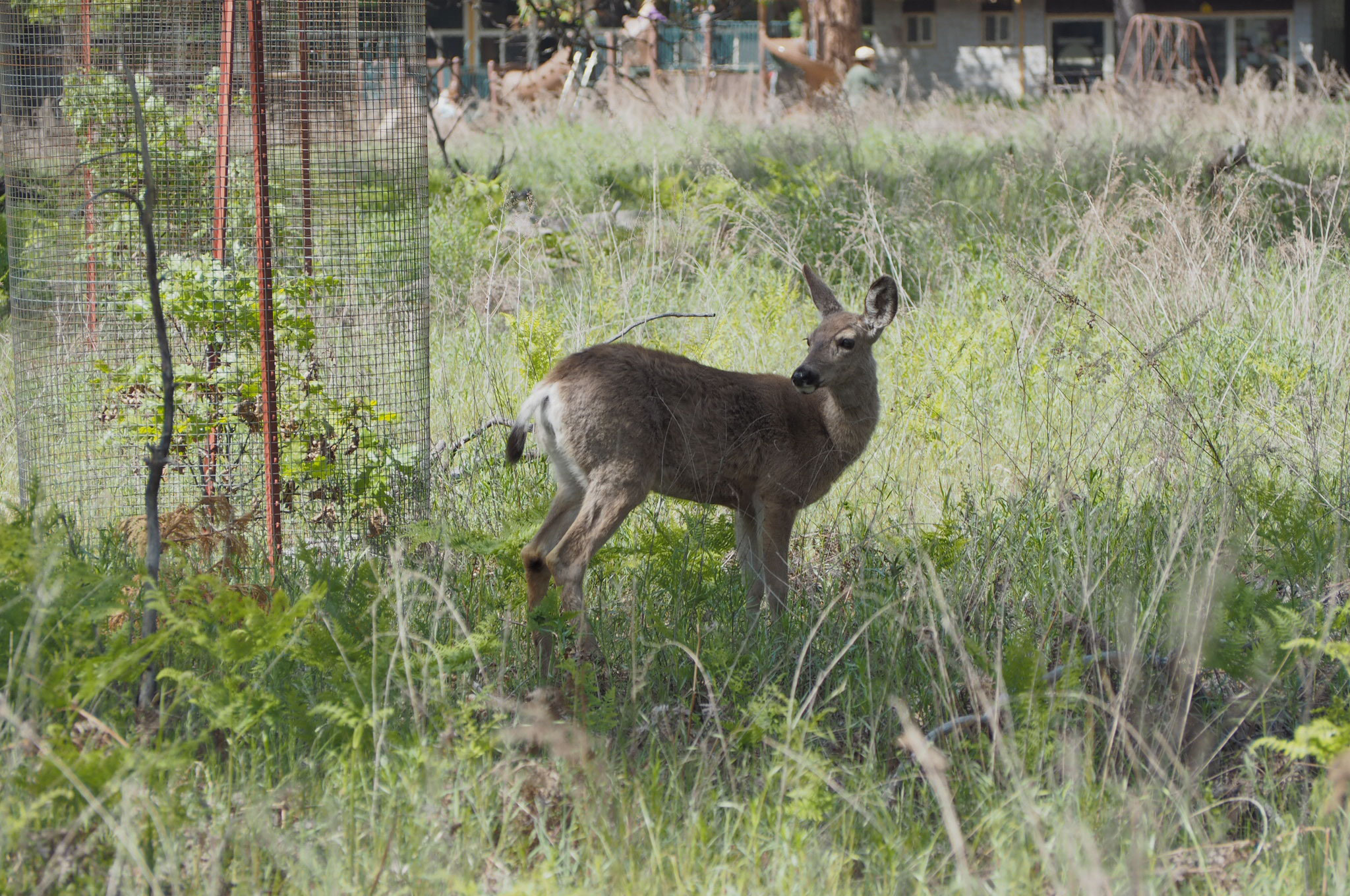 One of the best things about this trip to Yosemite was that it felt like we had stepped into another world – literally. Everywhere I looked seemed like a painting that was too beautiful to be real. I would then look around me, and see everyone else gazing at the beautiful scenery, and realize that only nature has the power to create such a flawlessly beautiful landscape. Though Yosemite has been somewhat urbanized to allow for tourist visits, it is still highly a temple of nature. Walking around with my dad and occasionally passing by other people gave me the sense of comfort of being alone, but not lost, in the deep wonders of nature. 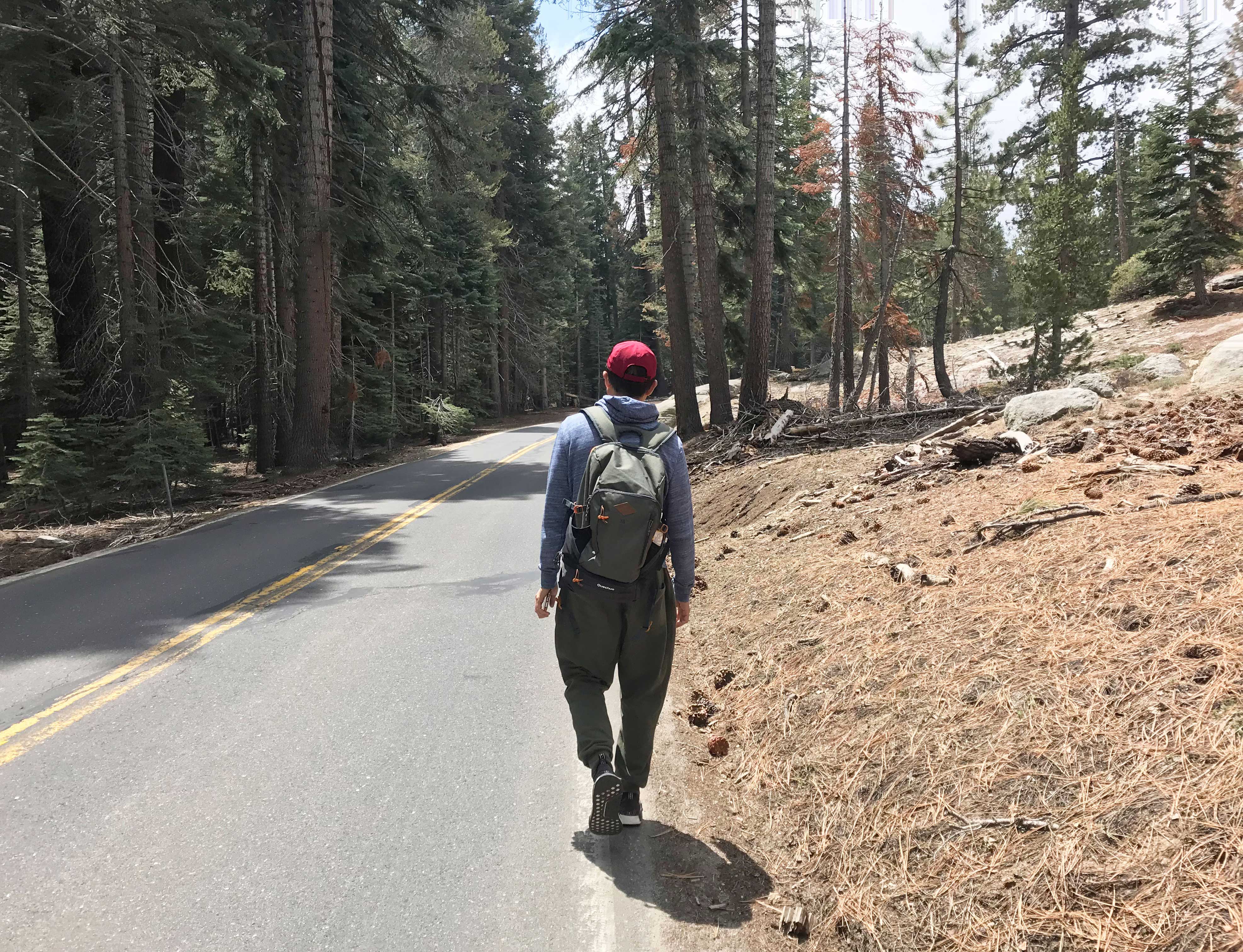 Compared with the intense purity and cordiality and beauty of Nature, the most delicate refinements and cultures of civilization are gross barbarisms.